We note that the latest toy trends in America are far away from he distant shores of France.  Our U.S. buyers seems to be wrapped up in Pennsylvania Steel as well as American metal toy builds. 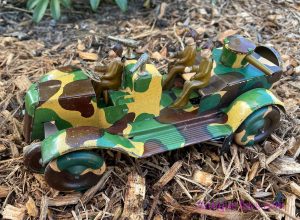 In this atmosphere of Amercian toys, ‘Merica!’, we have an interesting find that is far off the radar.  We received a great tin toy & discovery from our collector friend; paused, and had to go back to the research books.  It was a tank, yet a truck, yet old, yet extra clean, an unknown vehicle form.  We held a toy of contradictions and suspected it French. 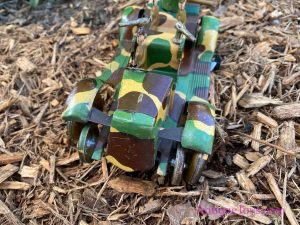 We needed to consult to the superb French book “C.R. Les jouets C. Rossignol & C. Roitel, inventions & fantasies” from 1998 by  Mick Duprat.” In the process we saw that there were two CR’s behind the Paris toy maker.  The book was written in French, and the cover is below for toy researchers. 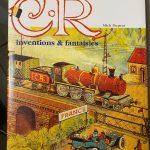 Below is our gun toting truck or Armored car number 9311 made by CR, a.k.a. Charles Rossignol and C. Roitel.   The French toy is officially known as an “Auto-Blindee” or armored automobile.

Automobile is usually four-wheeled vehicle designed primarily for passenger transportation and commonly propelled by an internal-combustion engine using a volatile fuel.  Here we get a set of four tires on the rear axle.  We get two forward wheels.  Then we get another set of two front wheels that are elevated for difficult  terrain. 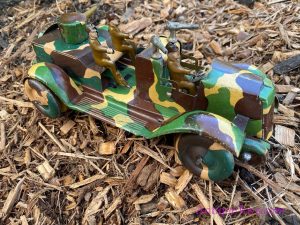 CR book page 107 shows us the same toy which is a late World War II military vehicle with a familiar twist.  The author notes that it had extra wheels for crossing trenches and was based off of the truck maker Laffly and their jeep like flexible use vehicle with a Hotchkiss 2.3 L motor and a toy like look.

Digging further, we see that it was a parts bin toy.  CR reused guns off of their gunboats/torpedo boats.  Then the “soldiers” and truck were borrowed from a Renault fire truck design in the 1930’s.  It was brilliant thinking when you finally put together the manufacturing date– 1950.

We have old pre-war parts and an old prewar design released as soon as CR could get back on their feet post World War II.  Then the armored car/truck/tank is actually a purely French design from World War II.  It was a Laffly W15 TTC.  Of course (or not)!

Thanks to our friend for releasing us on this historical tour.  We have taken a tour of the recommended CR book by Mick Duprat.  One can really appreciate all the hard work Mick did when we look up model numbers, manufacturing years, and “observations” from his reference chart.

We then had a chance to see a briefly made French armored car that tended to be outdated that day it was made.  We weren’t fighting over trenches any more and the extra wheels were outdated.

Then we finally can appreciate the toy maker’s challenge in a post World War 2 world.  Factories and supply lines were decimated.  Most companies never reopened in Europe.  CR  was fortunate to have extra parts and a capacity to limp along and continue making toys into the 1950s. 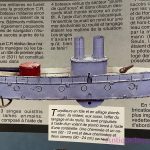 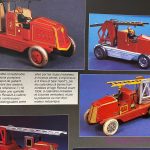 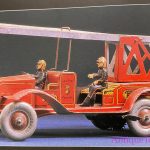 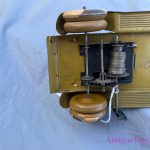 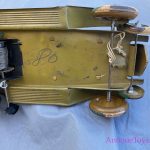 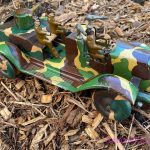 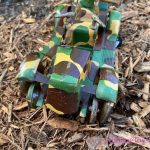 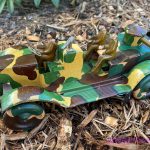 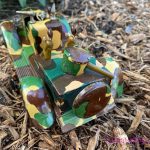 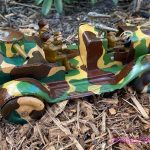 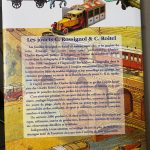 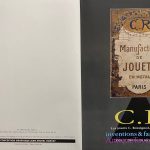