By Brent Harrelson of

Toy collecting is a relatively recent phenomenon in the United States. It started to get organized in the mid-60s with the formation of numerous collecting societies including The Antique Toy Collectors of America, The 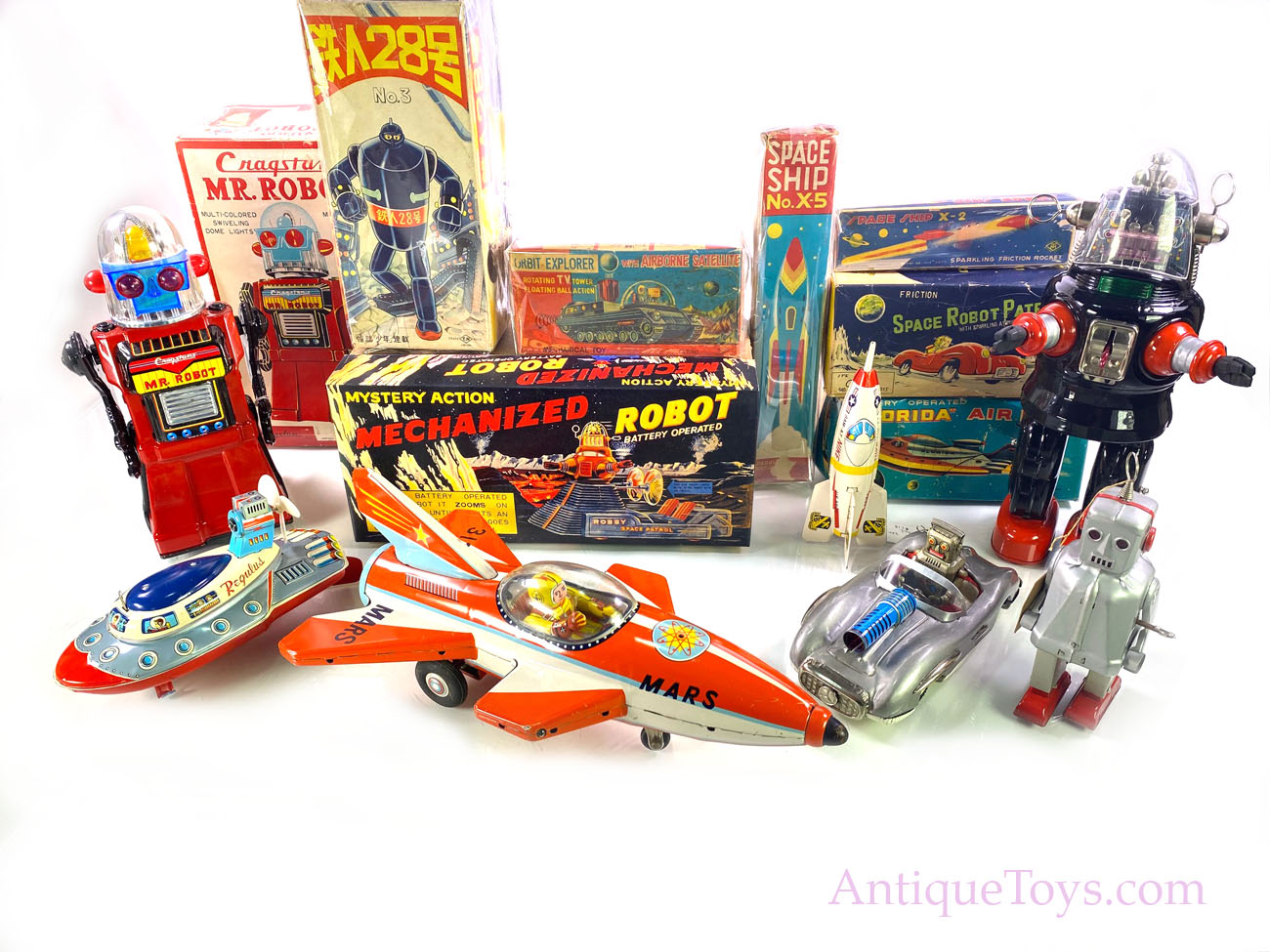 By the mid-eighties toy prices started going through the roof and prices realized at landmark toy sales, both in the USA and around the world, continued to escalate, culminating in the astonishing and unexpected results of the now famous Perelman Toy Museum sale in 1988. At this exclusive, special invitation event thirty-six of the top toy buying elite competed over a collection of 5,000 toys; which in less than twenty-four hours yielded more than $5m.

Fortunately, perhaps, for more humble collectors this spectacular result proved to be a watershed. The recession that started in the ’90s appeared to temper unbridled enthusiasm and prices have leveled off. Even so, toy collecting has become one of the top five collectibles in the USA and the explosion in the market has been nothing short of remarkable.

Collecting toys for investment is an excellent hedge against inflation. As with all antiques, toy prices can be volatile and it is possible to inflate and deflate on the same day. A toy can vary in price depending on the dealer, the buyer, the geographical area in which it is being sold, and even whether or not it is being offered in the anticipatory rush at the opening of a toy sale or in the last desultory minutes before packing up and closing down. All that aside, Toys steadily keep going up in value.

How to get started:

Attitude counts:
Toys are meant to be lived with and enjoyed so, as with all antiques, buying what appeals to you and gives you pleasure is sound advice. This does not mean that you should not acquire a thorough understanding of the value of the toys in your collection.

Research, research, and research some more:
To bring you closer to current market values use the assistance of current prices from ads appearing in your local newspapers, study toy sale catalogs, and keep in touch with local dealers.

Specialize in selected categories:
Do not spread your interest too widely. Determine the direction your collection is going and specialize in those categories you think will give you the most enjoyment.

Buy the best you can afford:
Safeguard the growth potential of your investment by buying toys that are priced according to rarity and condition. Mint or near mint condition is best. Toy collecting is meant to be fun but be warned it can become addictive!

Vintage and Antique Toys for Sale